Conveniently Located Inside of Saundra's Furniture!

Join us at Big Al's, We'll continue the Legacy!

The Big Al's Legacy:
"Tell my friends I’m not a wimp!" whispered a dying Alan D. Wilma into the phone to one of his friends. Then Al turned in his hospital bed and managed a smile at his wife, Saundra and their daughter, Genevieve.Even as Al lay dying at Holy Family Hospital, Spokane, he did not lose his courage or his wry sense of humor. Alan was a most unusual man. He was intuitive, immensely intelligent and imaginative. All who truly knew him enjoyed his wit and ironic sense of humor. Alan Delos Wilma, retired Colville, Wash., CPA, died in the arms of his loving wife, Saundra, on Dec. 30, 2013. Al was fortunate to have his closest family and friends accompany him through the last week of his life in person, in thoughts or in prayers. For his greatest and last Christmas wish, he received the Sacraments of Confession, Communion, Confirmation and Last Rights, all on the celebrated day of our Lord’s birth.He was ecstatic to become a member of the Catholic Church. Thank you, Father Uche! 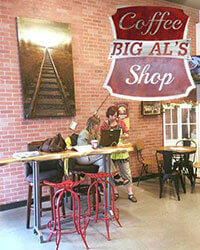 Al was born in Longview on March 14, 1945, and was raised there. His father and mother, Delos and Agnes Wilma, who preceded him in death only by a few years, raised him to be a good citizen, a Boy Scout and a God-loving Methodist. These attributes served him well as he attended schools in neighboring Kelso and Longview. He graduated Washington State University in 1968 with a bachelor’s degree in business administration. He was a member of ROTC and the National Society of Scabbard and Blade. After graduation, Al became a proud officer of the U .S. Army. He was fond of saying he was made "an officer and a gentleman" by an Act of Congress. Al served in Korea as a 2900 Headquarters Unit Commander. He was honorably discharged as first lieutenant on Sept. 14, 1970, and returned to Washington State University to complete his education as a Certified Public Accountant. Alan D. Wilma CPA was a mainstay on Main Street in Colville for many years. In addition to operating his own firm, Alan had been a beer distributor, a stockbroker and the CFO of Vaagen Brothers Lumber. He always liked to tell people that as a student he was in the strawberry business; he was a "picker"... Then, sometime during the last of the 20th century, he met Saundra (Berger) Carter, interior designer. Neither of their worlds were ever the same. They emitted an unparalleled aura of love and true friendship. Saundra was happy just to be with Al as he enjoyed his favorite sport, fly fishing on their Deep Creek property or boating at their Waiits Lake home. Al also loved to spend time reading about the American Civil War and World War II. He studied the considerable battles and blunders of war and admired all the great soldiers of history. Al and Saundra married, had their daughter Genevieve and purchased Egger Furniture in Colville with friends John and Donna Armstrong. (Not necessarily in that societal correct order.) Al and Saundra operated "Saundra’s Furniture" store on Main Street for 20 years until it unfortunately burned to the ground in a spectacular fire on Feb. 15, 2013. They relocated their retail operation to their warehouse on Wynne Street in Colville and were in the process of formulating plans for a replacement building on Main Street when their comptroller and close friend, Gary Young CPA, passed away. With his business burnt, his close friend dead and corporate taxes due, Al discovered he had stage-four colon cancer. Naturally, Al rendered unto Caesar and finished the taxes, including all his tax clients — for the last time. He has left a legacy to his capable daughter, Genevieve, who will now continue to operate the furniture business. 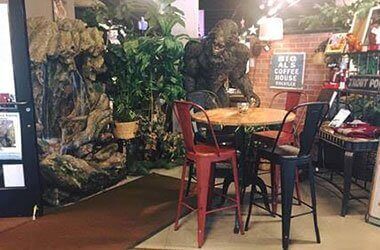 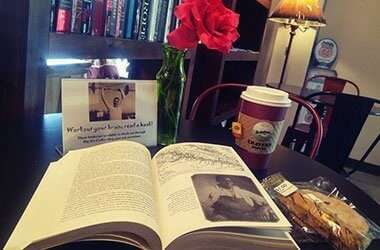 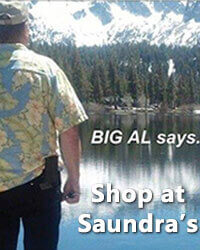 Al is survived by his wife, Saundra Wilma, at the home; daughter, Genevieve Wilma of Colville; a son, Tim and Trina Carter of Spokane; stepchildren Kathy Moss and husband Jesse of Cut Bank, Mont., Michael Carter of Hawaii, John Carter and wife Jennifer of Osburn, Idaho, and Jacob Carter and wife Shandy of Coeur d’ Alene, Idaho; siblings Gail Miltimore of Enumclaw, Wash., Don Wilma of Longview, Mary Parker and husband Steve of Castle Rock, and Lucy Wilma and husband Max Ericson of Seattle; favorite uncle Doug Wilma and wife Sheila of Spokane; grandchildren Ryan, Jeremy, Aaron, Zebulon, Celeste Margret, Samantha, Steven and the in-vitro fraternal Carter twins; and also a niece and nephews, Ti Louise, Guy and Brandon. Saundra’s first gift to Alan was a book of maxims by 17th century Jesuit Baltasar Gracian, "The Art of Worldly Wisdom." A particular passage coexists with Al’s philosophy: "Adapt Yourself to your Company. There is no need to show your ability before every one. Employ no more force than is necessary. Let there be no unnecessary expenditure either of knowledge or of power. The skilful falconer only flies enough birds to serve for the chase. If there is too much display today there will be nothing to show tomorrow. Always have some novelty wherewith to dazzle. To show something fresh each day keeps expectation alive and conceals the limits of capacity."

BIG AL’S Coffee Shop is attached to Saundra’s Furniture and has indoor / outdoor seating, free wifi and books you can check out from BIG AL’S library. The shop features a Pacific Northwest feel featuring a 8 FT tall waterfall, 9 FT tall sasquatch statue, fishing themed décor and even the logo on the coffee cups feature a fish. For food, BIG AL’S has teamed up with a local bakery, the Bread Box out of Chewelah, who makes breakfast braids, cinnamon rolls, homemade bread, sandwiches, muffins, and cookies. BIG AL’S has plenty of different seating including comfy chairs, bar seating and café seating indoor and outdoor. The baristas are fully trained on the art of making coffee correctly by Craven’s Coffee owner, Simon. Bring a friend and experience BIG AL’S Coffee shop today, it is a Downtown Colville destination as you drive through. And remember, "too much stress is caused my not enough fishing!" -BIG AL.

Tell Us About Yourself

We're proud to be a small, local business and we want to get to know our customers.

We appreciate it! Please don't hesitate to contact us if you have any questions.